Out of the several viral vectors that have been used to date for delivering the genes of interest, the Adeno-associated viral (AAV) vector appears to be the safest and effective vehicle and can maintain long-term gene and protein expression following a single injection of the vector. AAV vectors are the leading viral vectors for gene delivery to treat a variety of human diseases. Recent advances in developing clinically desirable AAV capsids, optimizing genome designs, and harnessing revolutionary biotechnologies have contributed extensively to the growth of the gene therapy field.

LUMEVOQ (GS010; lenadogene nolparvovec) targets Leber Hereditary Optic Neuropathy (LHON) by leveraging a mitochondrial targeting sequence (MTS) proprietary technology platform, arising from research conducted at the Institut de la Vision in Paris, which, when associated with the gene of interest, allows the platform to specifically address defects inside the mitochondria using an AAV vector (Adeno-Associated Virus). The gene of interest is transferred into the cell to be expressed and produces the functional protein, which will then be shuttled to the mitochondria through specific nucleotidic sequences in order to restore the missing or deficient mitochondrial function. “LUMEVOQ” was accepted as the invented name for GS010 (lenadogene nolparvovec) by the European Medicines Agency (EMA) in October 2018.

Valoctocogene roxaparvovec is an investigational AAV5 gene therapy under regulatory review for the treatment of severe hemophilia A. It is currently in preregistration stage of development. In June 2021, BioMarin resubmitted a Marketing Authorization Application (MAA) to the European Medicines Agency (EMA). In the United States, BioMarin intends to submit two-year follow-up safety and efficacy data on all study participants from the Phase III GENEr8-1 study to support the benefit/risk assessment of valoctocogene roxaparvovec, as previously requested by the Food and Drug Administration (FDA). BioMarin is targeting a Biologics License Application (BLA) resubmission in the second quarter of 2022, assuming favorable study results, followed by an expected six-month review by the FDA.

DTX401 is an investigational AAV8 gene therapy designed to deliver stable expression and activity of G6Pase-? under control of the native promoter. DTX401 is administered as a single intravenous infusion and has been shown in preclinical studies to improve G6Pase-? activity and reduce hepatic glycogen levels, a well-described biomarker of disease progression. In a Phase I/II clinical study, all nine patients showed a clinical response, with significant reductions in the need for cornstarch and improvements in glucose control and other metabolic parameters compared to baseline. The drug is currently being evaluated in Phase III clinical trial to treat patients with Glycogen storage disease type I.

AAV-RPGR is an investigational gene therapy for the treatment of patients with X-linked retinitis pigmentosa (XLRP) caused by disease-causing variants in the eye specific form of the RPGR gene (RPGR ORF15). AAV-RPGR is designed to deliver functional copies of the RPGR gene to the subretinal space in order to improve and preserve visual function. MeiraGTx and development partner Janssen are currently conducting a Phase III clinical trial of AAV-RPGR in patients with XLRP with disease-causing variants in RPGR ORF15.

AMT-061 (etranacogene dezaparvovec) is an experimental gene therapy that uniQure is developing to treat hemophilia B. AMT-061 uses a modified and harmless adeno-associated virus 5 (AAV5) to deliver a highly functional copy of the F9 gene, called FIX-Padua, to patients’ cells. The FIX-Padua gene version was shown to result in FIX clotting activity eight times greater than that associated with the standard F9 gene. As such, the one-time therapy – administrated directly into the bloodstream – is expected to increase FIX levels, helping to prevent and control bleeds. If approved, the therapy will be marketed globally by CSL Behring, which closed a commercialization and licensing agreement with uniQure in May 2021. UniQure and CSL Behring expect to file a regulatory application to the U.S. Food and Drug Administration (FDA) in early 2022 seeking AMT-061’s approval for hemophilia B. Research and Development.

RGX-314 is being investigated as a potential one-time treatment for wet AMD, diabetic retinopathy, and other chronic retinal conditions. RGX-314 consists of the NAV AAV8 vector, which encodes an antibody fragment designed to inhibit vascular endothelial growth factor (VEGF). RGX-314 is believed to inhibit the VEGF pathway by which new, leaky blood vessels grow and contribute to the accumulation of fluid in the retina. REGENXBIO is advancing research in two separate routes of administration of RGX-314 to the eye, through a standardized subretinal delivery procedure as well as delivery to the suprachoroidal space. REGENXBIO has licensed certain exclusive rights to the SCS Microinjector from Clearside Biomedical, Inc. to deliver gene therapy treatments to the suprachoroidal space of the eye. According to the company’s pipeline, the drug is currently in the Phase III stage of development.

Investigational SPK-8011, a novel bio-engineered adeno-associated viral (AAV) vector utilizing the AAV-LK03 capsid, also referred to as Spark200, contains a codon-optimized human factor VIII gene under the control of a liver-specific promoter. The Food and Drug Administration (FDA) granted orphan-disease designation and breakthrough therapy designation in the US, while the European Commission has granted orphan designation to SPK-8011.

Investigational NR082, a novel recombinant adeno-associated viral serotype 2 vector (rAAV2) containing a codon-optimized of NADH-dehydrogenase subunit 4 (ND4) gene under the control of the cytomegalovirus promoter and enhancer, is a novel ophthalmic injection that is being developed for the treatment of Leber hereditary optic neuropathy (LHON) associated with ND4 mutations. It is currently being evaluated in Phase II/III clinical trial.

GT005 is designed as an AAV2-based one-time investigational gene therapy for GA secondary to AMD that is delivered under the retina. GT005 aims to restore balance to an overactive complement system, a part of the immune system, by increasing production of the CFI protein. Complement overactivation has been strongly correlated with the development and progression of AMD. The CFI protein regulates the activity of the complement system. It is believed that increasing CFI production could dampen the system’s overactivity and reduce inflammation, with the goal of preserving a person’s eyesight. Gyroscope is also evaluating GT005 in two Phase II clinical trials.

Further product details are provided in the report

This segment of the report provides insights about the different AAV vectors in gene therapy drugs segregated based on following parameters that define the scope of the report, such as:

For more information about this drug pipelines report visit 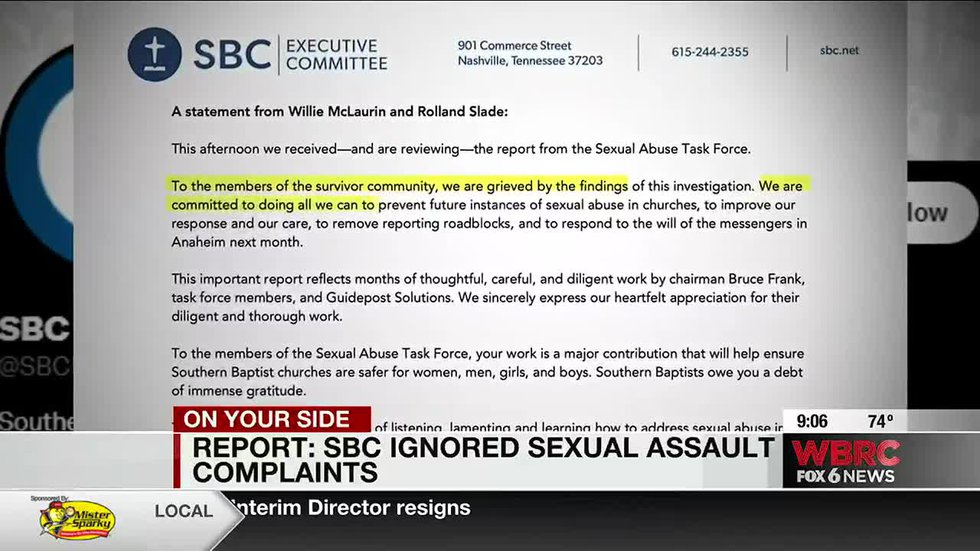 BIRMINGHAM, Ala. (WBRC) – An Alabama licensed counselor who works with victims of sexual abuse gave new insight on the unique challenges they face when the accused predator is a person of power. This came after the Southern Baptist Convention executive committee released a 288-page independent investigation into decades of sexual abuse claims. The report…

Patients will benefit if Europe modernizes its policy framework to reflect the distinct promise of cell and gene therapy, the Alliance for Regenerative Medicine will highlight in 29 November EU Parliament event Event will feature first pediatric patient to receive a CAR-T therapy and focus on policy recommendations to reverse Europe’s declining competitiveness BRUSSELS –…

The number of reported cases using viruses to treat deadly Mycobacterium infections just went up by a factor of five. In a new study, a team led by researchers from the University of Pittsburgh and the University of California San Diego report 20 new case studies on the use of the experimental treatment, showing the…

Look at Jonah Hill’s IMDB page, and you’ll see success after success, hit after hit, banger after banger. The guy has been in some of the funniest movies of the last two decades: The 40-Year-Old Virgin, Superbad, 21 Jump Street. From there, Hill successfully made the transition into more dramatic roles, earning Academy Award nominations…