GSK (NYSE:GSK) will stop selling its blood cancer therapy Blenrep in the U.S., dealing the latest blow to the company’s cancer franchisee.

The British pharma giant on Tuesday said it began the process for withdrawal of the U.S. marketing authorization for Blenrep (belantamab mafodotin-blmf) after the request of the U.S. Food and Drug Administration (FDA).

The FDA had requested a confirmatory study to back the accelerated approval of the drug. However, Blenrep did not meet the main goal of progression-free survival in a phase 3 trial, dubbed DREAMM-3, which was designed to show that the medicine was better than the standard of care.

The FDA had given accelerated approval to Blenrep as a monotherapy to treat treat adult patients with relapsed or refractory multiple myeloma (RRMM) who have received at least four prior therapies.

The approval was based on data of overall response rate and duration of response from a trial called DREAMM-2, but was also contingent upon a confirmed clinical benefit from a phase 3 trial.

GSK said that to ensure patients are supported during this time, those already enrolled in the Blenrep Risk Evaluation and Mitigation Strategy (REMS) program will have the option to enroll in a compassionate use program to continue to access treatment.

“We will continue the DREAMM clinical trial programme and work with the US FDA on a path forward for this important treatment option for patients with multiple myeloma,” said Chief Medical Officer Sabine Luik.

GSK added that additional trials within the DREAMM trial program will continue. These trials are designed to show the benefit of Blenrep in combination treatment with novel therapies and standard-of-care therapies in earlier lines of therapy and dosing optimization to maintain efficacy while reducing corneal events.

Blenrep is the latest setback for GSK following the restricted use of ovarian cancer therapy Zejula in the U.S., earlier this month which was also carried out at the request of the FDA

For stroke survivors, the first-of-its-kind, FDA-approved Vivistim® Paired VNS™ System results in two to three times more hand and arm function compared to rehabilitation therapy alone after six weeks of in-clinic therapy, based on clinical trial results. A team at Keck Medicine of USC conducted the first commercial Vivistim case for a woman who survived…

Sarah Silbiger/Getty Images Connecticut-based BioXcel Therapeutics announced a win for artificial intelligence in the pharmaceutical industry. The U.S. Food and Drug Administration (FDA) has approved a sublingual film drug that aims to reduce the occurrence of agitation episodes in patients diagnosed with bipolar disorder or schizophrenia. Igalmi (dexmedetomidine) is an easy-to-administer, fast-acting drug that has revived… 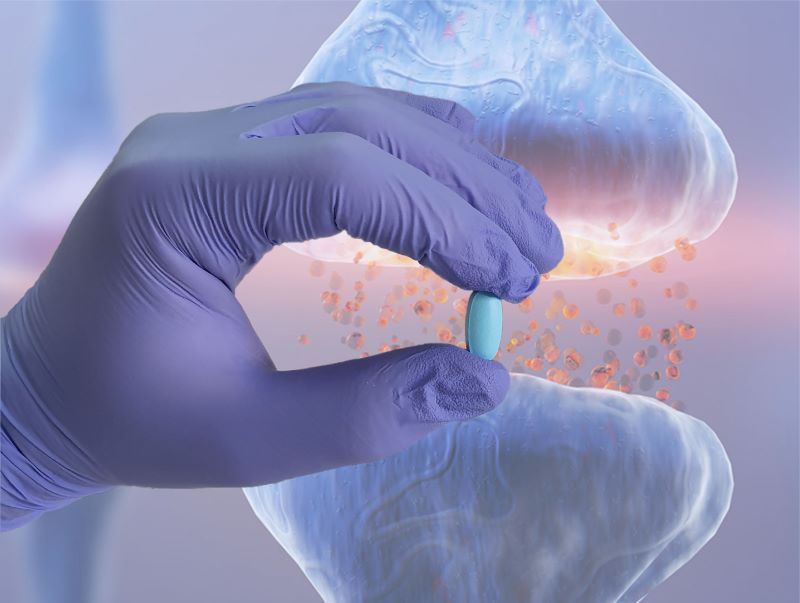 NeuroSense Therapeutics is set to commence a Phase I pharmacokinetic study of its combination therapy, PrimeC, for amyotrophic lateral sclerosis (ALS) in healthy adult subjects in the US. The move comes after the company obtained clearance for its Investigational New Drug application (IND) from the US Food and Drug Administration (FDA). A new extended-release oral… Founded in 2002 with the opening of its first clinic in Bel Air, Drayer has two locations there as well as in Aberdeen, Baltimore (White Marsh-Overlea), Cockeysville (north Timonium), Edgewood, Fallston, Fulton and Rising Sun. (File photo) Drayer Physical Therapy Institute opened an outpatient clinic Tuesday at 132 E. Pulaski Hwy. in The Shoppes at…