One such treatment, a new form of photoimmunotherapy, has recently been evaluated by a European team of engineers, physicists, neurosurgeons, biologists, and immunologists from the U.K., Poland, and Sweden. This revolutionary therapy is now showing potential to become another major cancer treatment, and it has shown promise in being able to assist surgeons in more effectively targeting and destroying cancer cells.

As overall cancer treatment currently stands, most oncologists have relied on surgery, chemotherapy, radiotherapy, or immunotherapy (or a combination of these therapies) when targeting malignant cells in patients. However, a potential issue that can arise is that, even after surgery, residual cancer cells may remain. Thus, study leader, Gabriela Kramer-Marek, PhD, and her team of scientists hypothesized that light-activated therapy could force cancer cells to “glow in the dark”—making them stand out for post-surgery removal.

If oncologists are able to better identify lingering cancer cells, they then have the ability to go back in and remove more of the tumors, compared to their limitations using existing techniques. Further, the use of photoimmunotherapy can also work to kill these remaining cells upon the completion of surgery.

To prove this fact, Kramer-Marek’s team completed a world-first photoimmunotherapy trial in mice with glioblastoma (GBM). This relied on a combination of a fluorescent molecule called IR700, synthetic molecules called affibodies (which bind with a specific target, such as epidermal growth factor receptor [EGFR], with high precision), and near-infrared light that could identify and treat leftover GBM cells in the mice. During this trial, the photoimmunotherapy successfully combined the fluorescent dye with a cancer-targeting compound and demonstrated improvement in the visibility of the cancer cells during surgery.

During their study, the researchers chose to experiment with treating GBM because it is one of the most common and aggressive types of brain cancer. The results demonstrated that photoimmunotherapy was so successful that it was able to light up “even the tiniest cancer cells” to help surgeons remove them. This treatment was also able to eliminate the microscopic cancer cells remaining after surgical removal.

“Surgery still remains the mainstay of GBM treatment. However, maximal and safe resection of GBMs is difficult because these tumors often infiltrate widely into critically important areas of the brain. Therefore, the disease inevitably recurs. Intraoperative near-infrared photoimmunotherapy using IR700 is a molecularly targeted, fluorescence-based theranostic approach that could become part of the armory to improve the extent of resection by providing more optimal delineation of tumor margins,” Kramer-Marek explained.

She noted that Hisataka Kobayashi, MD, PhD, a senior investigator in the Molecular Imaging Branch at the National Cancer Institute, is researching photoimmunotherapy in the clinical trial using a well-known therapeutic anti-EGFR antibody called cetuximab labeled with IR700 in a group of patients with head and neck cancer.

Kramer-Marek noted that there are still pros and cons of using antibodies versus small proteins or peptides for this kind of regimen (particularly for the treatment of GBM), and that each cancer might respond to this regimen in a different way. She is using affibodies, which are engineered proteins that can strongly recognize and bind to specific targets, very similar to antibodies, but are smaller and easier to engineer. Therefore, she and her team could see the cancer-targeting compound fluorescing in the brain tumors during surgery, just 1 hour after administration.

“We demonstrated that photoimmunotherapy can [also] trigger immune responses in the body that could prime the immune system to target cancer cells, so the treatment could help prevent GBM cells from coming back after surgery,” she noted. “This means we could turn a very immunosuppressive GBM environment into an immune-vulnerable one. This is very exciting as it could increase the response of these patients to immuno-oncology agents to which they haven’t responded well so far.”

By aiding in the removal of small tumors using photoimmunotherapy, the hope is that this therapy will also assist in the removal of tumors that are within close proximity to vital organs in the body. The therapy could further target the cancer cells that can’t be removed during surgery, helping patients live longer after post-treatment. Altogether, this therapy has the potential to greatly assist oncologists and surgeons in the successful removal of cancer cells, without posing risk to healthy parts of the body nearest to the malignant cells.

“This treatment could also improve outcomes of patients with neuroblastoma, the most common solid cancer in children. The removal of neuroblastoma is often incomplete and poses high risks due to the significant involvement of vital organs and vessels present around these tumors,” explained Kramer-Marek. “The proposed approach has the potential to significantly improve the effectiveness of surgery in eradicating residual cancer cells present in tumor margins, resulting in higher overall children survival and less morbidity.”

Moving forward, she believes the next step is to begin studying these possible effects on neuroblastoma, a malignant tumor composed of neuroblasts, most commonly in the adrenal gland in children ages 5 or younger. According to the American Cancer Society, there are about 700-800 new cases of neuroblastoma each year in the United States. The organization adds that treating neuroblastoma is often complex and requires a team approach that includes many different doctors, nurses, and other health professionals. Therefore, the ability to begin utilizing photoimmunotherapy could transform treatment approaches and potentially survival rates. The 5-year survival rate for high-risk neuroblastoma is 50 percent, according to the American Society of Clinical Oncology’s patient information website, Cancer.Net.

Led by the Institute of Cancer Research in London, and largely funded by the Cancer Research UK Convergence Science Centre at the ICR and Imperial College London, Kramer-Marek’s recent research has further demonstrated that an immune response can be triggered by this photoimmunotherapy, showing potential in priming the immune system to target remaining cancer cells. If this is the case, then photoimmunotherapy may be able to additionally work to prevent cancers like GBM from returning post-surgery—a truly revolutionary concept.

“I believe that there is still a lot we can do for patients and, speaking honestly, we may be able to prolong survival even when there is no cure for these patients,” she said. “In cases of the GBM, surgery will be the treatment of choice regardless of anything else, then what matters is what comes next. As surgeons very often have to leave in the tumor bed residual cancer cells, which can be responsible for the recurrence, photoimmunotherapy is an appropriate next step that can change the scenario for this patient.”

Kramer-Marek emphasized that therapy will be able to help more patients, especially in between the U.S. and Europe, if more individuals are able to be enrolled in this kind of study. She noted that, for this to happen, there needs to be multi-industry collaboration, including the physicist working on the dosimetry status; engagement from industrial partners to access all the equipment, lasers, and other equipment; and operational theaters that are properly equipped. When combined, she believes these will help her team and the medical community move this therapy forward because “this treatment is really powerful and has the potential to change the outlook for many patients.”

“A lot needs to also be done for dosimetry of light delivery for this kind of treatment,” Kramer-Marek said. “Obviously, you inject this conjugate and then you illuminate with the proper wavelength of the light. This requires some dosimetry studies that will need to be done for the GBM patients. And for the head and neck, it is a little bit less complicated.”

With help across the field of medicine, she also hopes to be able to initiate even bigger clinical trials. She asked that, if there are centers interested in collaborating, they should reach out to her at [email protected]. She believes this will help bring about quicker results and strengthen the multidisciplinary effort.

Lindsey Nolen is a contributing writer. Here’s what you need to know about therapy apps If you’ve tried to book a therapy session lately, you may have noticed that it’s more and more difficult to find one. It’s not a fluke. Demand for mental health has been increasing. First, there’s the issue of availability. Many parts of the country don’t have…

Newswise — Receiving psychosocial and behavioral therapy alongside medications for opioid use disorder leads to better treatment engagement and continuity, according to Rutgers researchers. To better understand the role of psychosocial and behavioral therapy, the study, published in the Journal of Substance Abuse Treatment, examined services received by people in the first six months after… 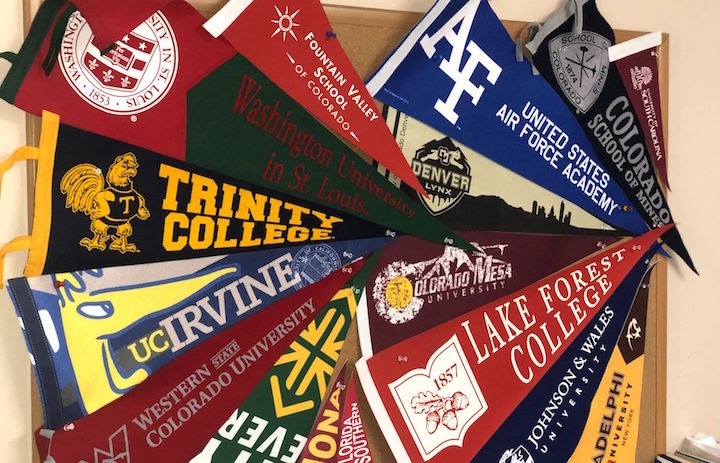 This father called me from out of nowhere, getting my name from one of my clients at school. The father was desperate—could I please meet with him and his son to talk about his college plans? Knowing nothing about the family, the student, or the college goals, I said yes. We met around their kitchen… 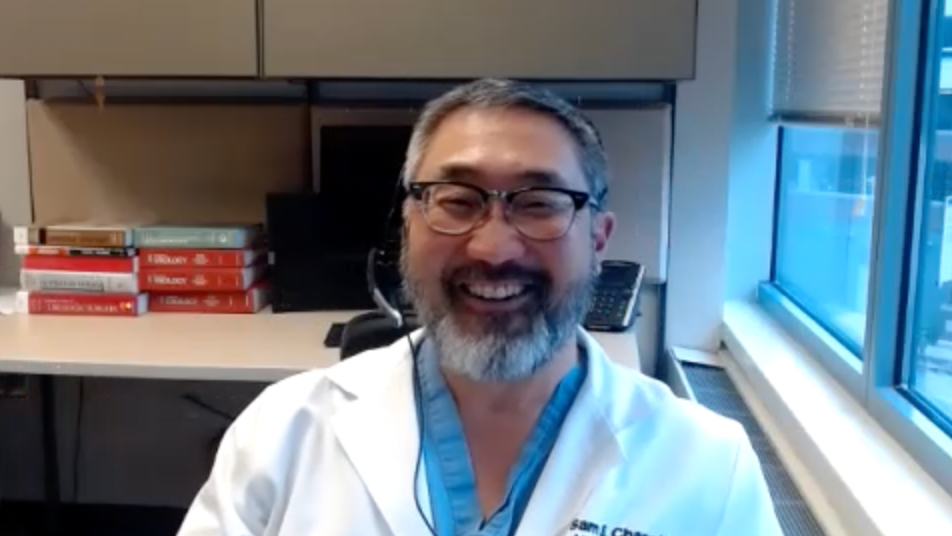 As part of the Urology Times’ 50th Anniversary Innovation Celebration, Sam S. Chang, MD, MBA, discusses the many ways in which BCG has improved the management of patients with bladder cancer. Chang is a Patricia and Rodes Hart professor of urology and oncology at the Vanderbilt University Medical Center and chief surgical officer at the…

FRIDAY, May 13, 2022 (HealthDay News) — An experimental gene therapy for spinal cord pain shows promise in mice, researchers say. About half of spinal cord injury patients have neuropathy, which is chronic or debilitating pain, tingling, numbness or muscle weakness caused by damaged or malfunctioning nerves. Treatment of neuropathy can be challenging. For example,…