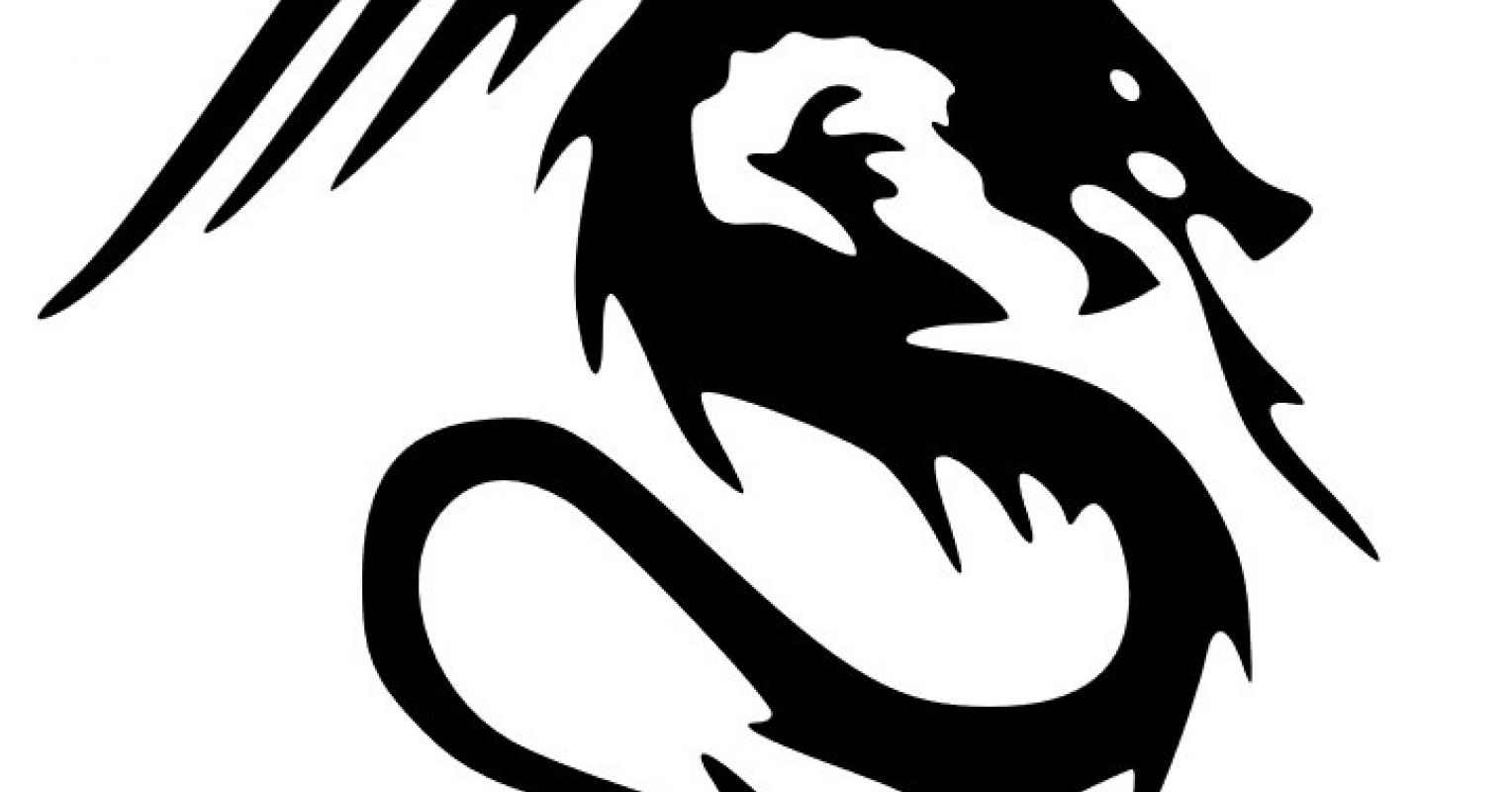 Karen Adkins’s (2017) sweeping, insightful, and readable survey of gossip has some lessons in it for therapists. To apply these lessons, it helps if we conceptualize the patient’s psychological problem as one of power, a hegemony of identity that marginalizes nonconforming aspects of the self that express themselves in symptoms. This is what Jung meant when he said that symptoms are the guerilla warfare of the psyche. Adkins’s exploration of gossip as a source of “underground knowledge,” more an underground press than guerilla warfare, applies to therapy in that symptoms (plus dreams, stray thoughts, and newsy diversions), like gossip, can carry information outside of the recognized and approved information outlets.

It also helps if we conceptualize the intersubjective space of therapy as one in which a special relationship is created that is not social and not professional, one that is similar to the prescribed relationship in some meditation practices between the freely wandering imagination and the observing self that notes but does not attach to what is imagined. In this context, the patient’s chatter is a source of information about the therapy relationship itself, since the chatter, like all behavior, must have some functional relationship with its occasioning environment.

Adkins (p. 297) writes, “Merely by mentioning the unmentionable, we do damage to imagined social or moral ideas.” This is one of the most powerful effects of therapy, the creation of a space that makes the invisible visible, as someone once famously said of theater. (My goal in therapy is typically to make the invisible risible, and that takes a lot longer than a single evening.) Gossip provides information not filtered through power networks. This can mean it often doesn’t merit belief, but when censorship is thorough (as it is in our individual psyches), then this makes gossip a rare and valuable source of raw data.

Adkins calls gossip a “historical constant,” part of what makes us human. Merely engaging in gossip puts the patient in a less-than-reputable, all-too-human role, one of intimacy and trust, a role that the patient may be unfamiliar or uncomfortable with. When I call relational therapy a kind of intimacy exposure, I mean that a gossipy and unguarded patient learns that personal closeness is not as dangerous as previously learned.

A Force of Destruction

Gossip is also a force of destruction, according to Adkins. She doesn’t cite stigma theory per se, but she discusses gossip’s undermining quality, which is the same thing. If life is a series of performances, gossip is often the medium for the transmittal of stigmas (spoiled identity elements) that discredit performances. Adkins emphasizes the power and privilege dynamics in maintaining a frontstage, but for therapy applications, gossip is analogous to a camera in your bedroom, your kitchen, or your bathroom.

As a somewhat temperate example, according to gossip, I mean Google, 87 percent of people eat food off the floor, but to see you doing it on video would be hard to live down if you were, say, employed in food preparation or some other field that performs to hygienic standards. You can fill in your own less temperate examples of the harm gossip can to do performances when it derives from the bedroom or the bathroom.

The role of therapy patient has evolved to be one, according to stigma theory, that cannot be stigmatized, one in which saving face is never required. It is for this reason, perhaps, that providing absolute privacy, discussed by Adkins in all its complexity, and eschewing any hint of a social aspect to the therapy relationship are the most basic requirements of effective relational work. The patient must gossip; the therapist must not. The therapist must not even raise the specter of gossiping, or else the patient will put on a mask like a politician talking to a gossip columnist.

Adkins (p. 301) notes, “For people in marginalized positions, simply having formal voice does not equate to having authority or recognition. Speaking, or writing, does not assure an audience.” In therapy, the lesson is that it is more important for the patient to be heard than it is for the patient to be believed. This is analogous to Foss and Griffin’s invitational rhetoric, where speech is treated as a sharing of perspectives rather than as an attempt to convince. The marginalized aspects of the individual psyche benefit from being heard and welcomed, not from being believed as accurate testimony. Therapy is about narratives, not about facts. Eyewitness testimony is unreliable, especially if the reported events happened decades ago when the witness was a child.

Gossip “thrives on intimacy, informality, and trust,” and it also fosters those traits in relationships. Gossipy, intimate relationships also have lower standards for truth determinations. Adkins (p. 94) writes, “Knowledge is differentiated from mere belief exactly because it is grounded; gossip and rumor…are marked precisely by their ungroundedness. Concomitant with concerns about the lack of grounding for gossip and rumor is a sense that conversation shared by trust and intimacy may not be conversation that is particularly rigorous in its evaluation.”

In other words, treating patients’ speech as journalism to find out what really happened, whether in childhood or in an argument at work, is a mistake, whereas treating it as literature and focusing on what it means is fruitful. Humans are bad reporters and excellent poets. The conditions of therapy are conducive to gossip and especially nonconducive to getting at facts. Patients’ speech should be interpreted through the lens of its function, in much the same way that Adkins recommends listening to gossip while attentive to the gossiper’s motivations and skeptical of its validity. Bad therapists believe (or disbelieve) what they hear; good therapists explore and understand its meaning and purpose. 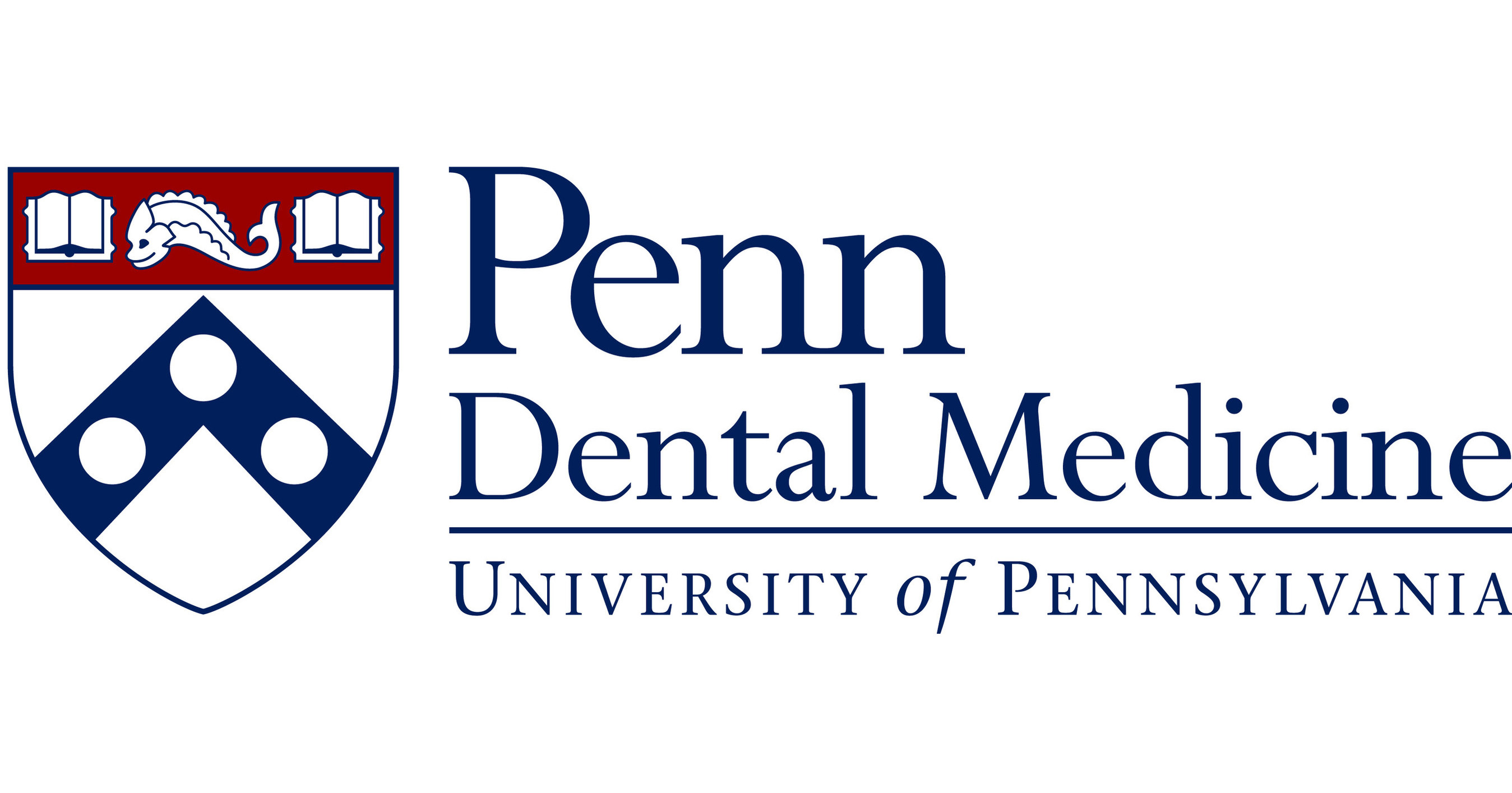 PHILADELPHIA, April 6, 2022 /PRNewswire/ — A growing body of evidence points to a link between iron-deficiency anemia and severe tooth decay. Whether the connection is correlative or causative is unknown, though both conditions are associated with poor diets and are more common in people living in impoverished environments and with underlying medical conditions. Now,… 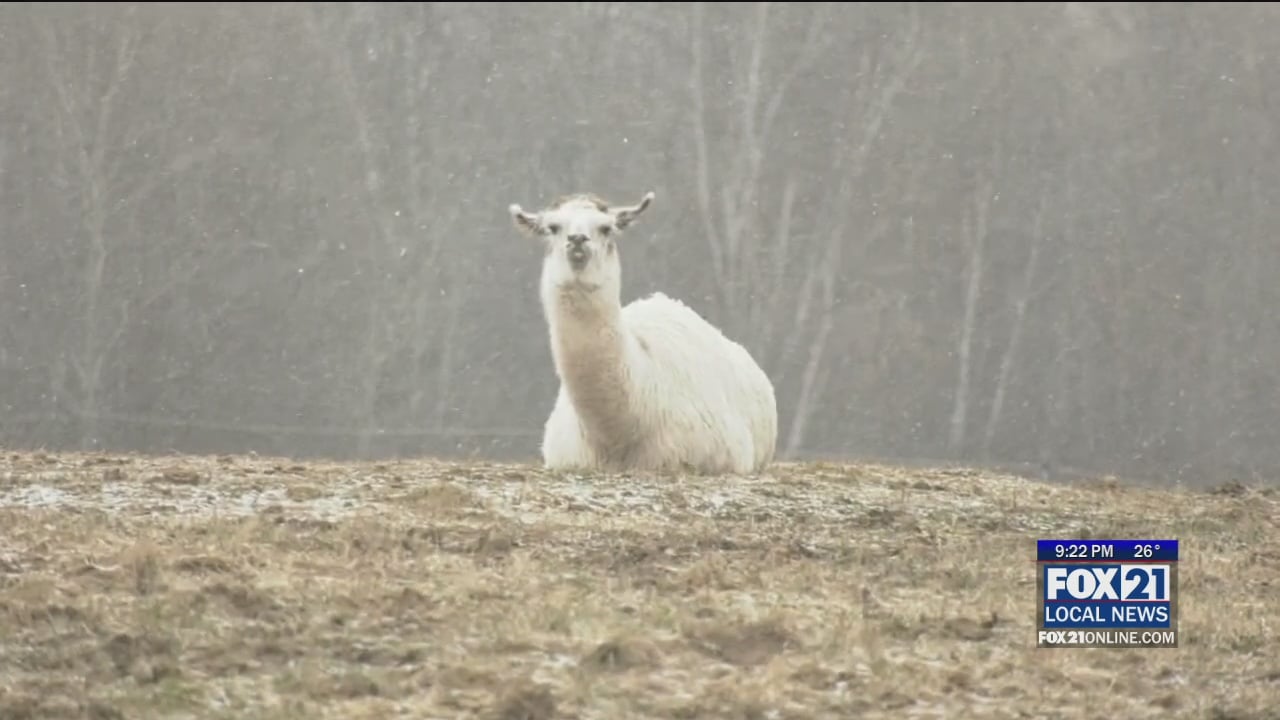 RICE LAKE, Wis.– A nonprofit organization is taking therapy outside and into the stables. Nature’s Edge Therapy provides occupational and speech therapy in a unique way. The operation has been around for 20 years and utilizes hippotherapy or animal assisted therapy. It’s the same as they would be in a hospital, clinic, or school setting,… 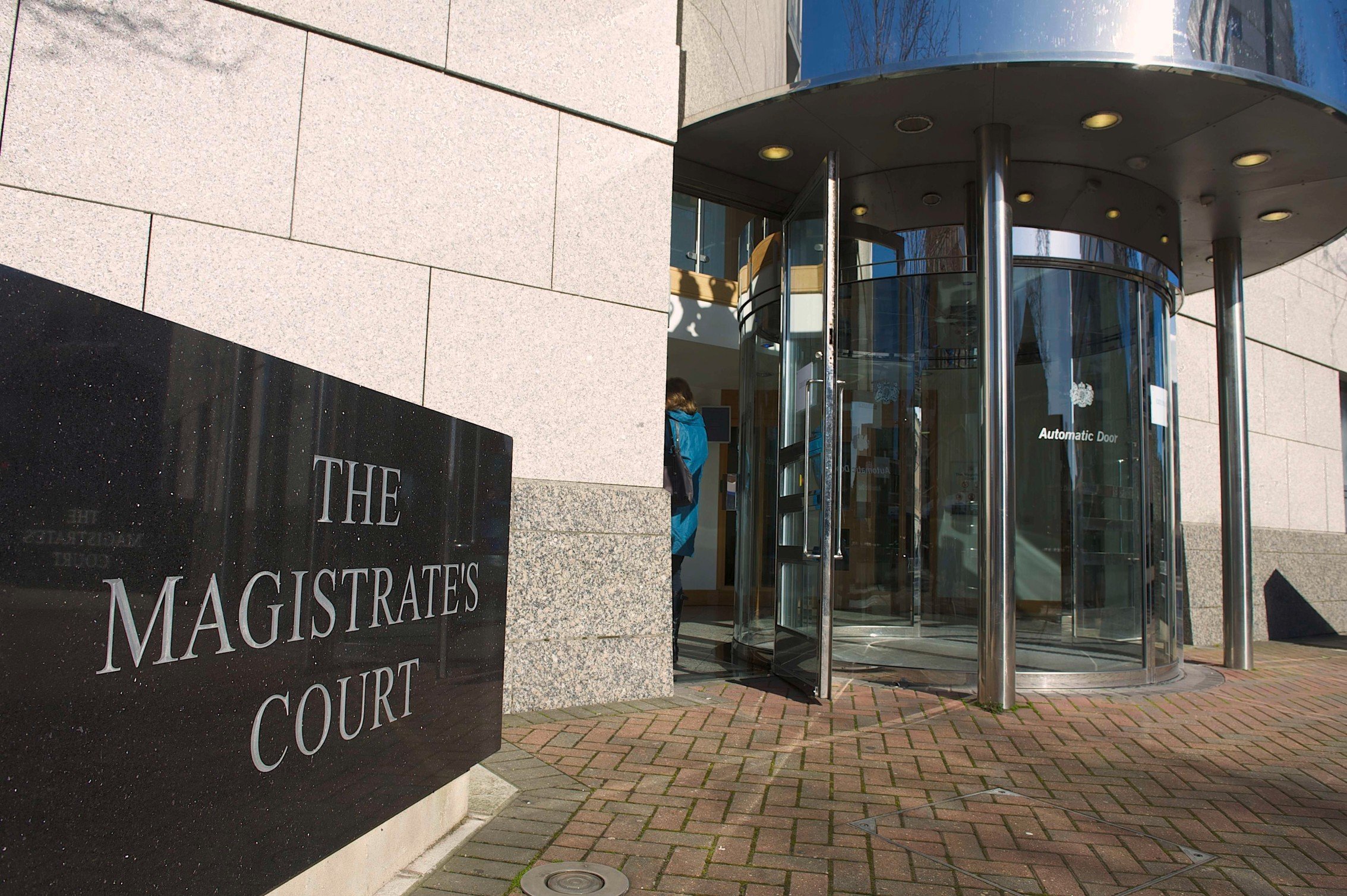 AN OCCUPATIONAL therapist needed a test for hepatitis C after one of her clients tried to cut into a vein in her arms with his fingernails. The Magistrate’s Court heard yesterday that Gary Wheadon became agitated and turned violent when his occupational therapist took him to the Hospital on November 16 last year, fearing he… 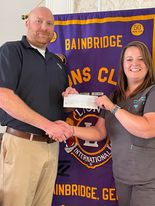 Youngsters who reside in Decatur County and need an extra boost have access to a program designed for all around benefit. The Milestones therapy program offers occupational therapy, speech therapy, and physical therapy for children, upon referral from health care providers. Ms. Kristen Palmer, occupational therapist, told the Bainbridge Lions Club that Milestones Pediatric Therapy… 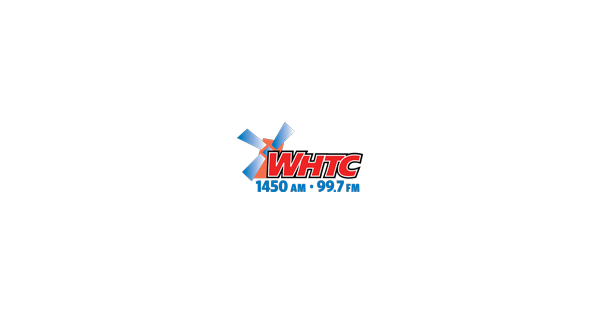 In Caracas, equine therapy offers hope for disabled kids from low-income families | 1450 AM 99.7 FM WHTC | Holland Close For the…

At 14 years old, I hated who and what I was. With barely one foot in adolescence, I had already marched through miles of hell. In San Diego, my hometown, I had been beaten, sexually abused and propelled into the nightmarish worlds of drug addiction and sex work. Americans are thinking a lot about mental…