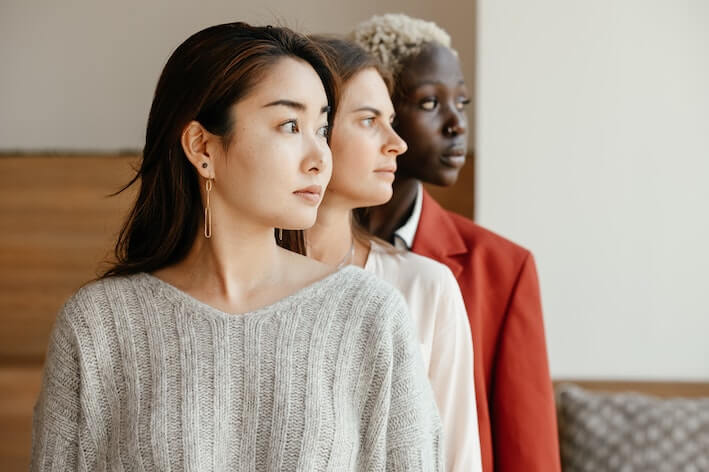 photo by Alexander Suhoruc for Pexels

The Mental Health Foundation in the UK reports that one in five women suffer from a common mental health problem such as depression, anxiety, or self- harm. But only one in eight men do. When it comes to women and mental health, why are we more at risk?

Statistics of course paint broad strokes. And they can change depending on what community or time period is being examined. But there are several strong practical factors behind why women are indeed more vulnerable to mental health issues.

There are far more women in menial, low paid employment than men. In a crucial report on women’s mental health put out in 2018, the British Medical Association (BMA)  points out that this is made worse by the ‘marketisation’ of care and by zero hours contracts. They state that:

“Women in the lowest quintile for income are two to three times more likely to be diagnosed with a mental illness than men in the top income quintile.”

Men, if they are in a culture or family still applying traditional gender roles, can feel more pressure to be ‘in charge’ and a ‘provider’.

But women can often be left with the caregiver role. This can be of children, but also of elderly or sick extended family members. The same BMA report above suggests that:

“At older ages, women are increasingly involved in long term caring roles and make up 60% of informal carers”.

Caregiving brings so much stress that it is often used as a model of chronic stress. And research connects it to “psychological distress, impaired health habits… psychiatric illness, physical illness, and even death.” 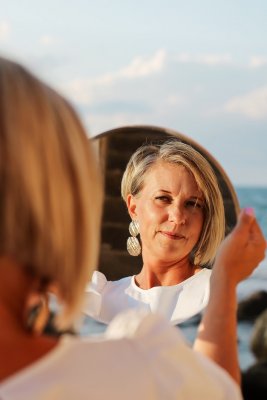 Photo by Nati for Pexels

Both men and women can be affected by hormones.

But women are more prone to having hormonal abnormalities that leave them at a far greater risk of mental health problems.

And even without the hormonal rollercoaster it can bring, menopause and cause a huge shift in identity for women.  Not least as it affects the way a woman is treated by society. This can all lead to depression, anxiety,  and a general mental health crisis.

In UK women, it’s the age range of 50-54 that has the highest suicide rate. In the USA, suicide rates in women are highest in the 45-64 aged group.

Then of course there is  simply the mild daily stress of always knowing almost half the population can physically overcome you and hurt you.

If a woman was one of the at least one in four children sexually abused as a child, this anxiety can be stronger. Or she can live with long term PTSD symptoms, often referred to as complex PTSD, or ‘c-PTSD’.

And while both men and women can be the abused party in an adult relationship, women are far more likely to suffer from domestic violence than men.

The Office of National Statistics (ONS) states that while 3.8 per cent of men sadly  experience domestic abuse, this rises to a 7.5 per cent risk for women.

One can’t overlook the long history of women being judged on their appearance in a way men simply are not. From the size and shape of their body to the ways they dress or wear their hair, women are under constant surveillance. Not surprisingly women are far more likely to experience body dysmorphia, eating disorders, and low self-esteem related to appearance.

And it’s not just on appearance that there are still double standards at play. An interesting 2020 study on job interviews and hiring is a case in point. It found that while men were evaluated just for their skills, women were also judged on their social behaviour and morality.

Men are more prone to externalising unprocessed upset, on taking it out not he world around them. This can look like fits of anger, rage, violence, or crime. Reckless behaviour like speeding or gambling. Or substance abuse like drinking or drug binges. 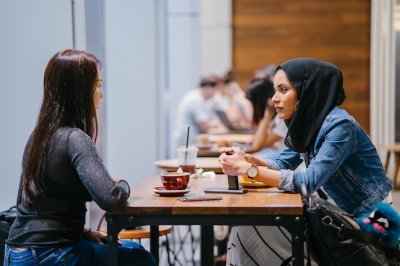 photos by Menta DGT for Pexels

Women are more likely to talk to others when they are upset.

But if they don’t reach out, they are then more likely to internalise their stress, and to take it out on themselves. This can look like self-harm and eating disorders.

Their report notes that suicide rates in young women aged 16 to 24 are their highest in a decade. One in four are reporting common mental health issues like anxiety and depression, and one in five were self-harming, the highest rate yet.

The study stops short of pointing the finger at social media. It says, “we cannot blame the internet or media pressures, as many commentators searching for simplistic answers are keen to do. A range of explanatory mechanisms is likely to be in play, not least of which is inequality.”

American sociologist Johnathan Haidt would strongly disagree. In the documentary The Social Dilemma he discusses the alarming rise of suicide in young American girls in the last decade. Rates are 70 per cent higher in older teen girls and 150 per cent higher in pre-teens. His blunt conclusion?

“That pattern points to social media. Gen Z, kids born after 1996, those kids are the first generation that got on social media in middle school. How do they spend their time? They come home for school, and they are on their devices. A whole generation is anxious and depressed.”

Women are far more likely to seek support when they are suffering from mental health challenges.

The Mental Health Foundation reports  only 36 per cent of referrals to NHS therapies are men. Meaning over sixty per cent would be women.

And in another study they found that women were far more likely to reach out to those around them. A third of women will tell a friend or loved one they are struggling within a month of experiencing symptoms.

“Do I need mental health support?”

If you have been suffering low moods for six weeks or more, and they are not improving? Or even worsening? Don’t be afraid to seek counselling.

You do not have to be in a crisis to get mental health support. And seeking talk therapy earlier can often mean you can avoid anxiety or depression from becoming a harder to treat disorder. If you are on a low budget but need help, read our article on finding free to low cost counselling.

Are you a woman dealing with mental health challenges and want to speak to a top London-based therapist who can help? Our team all have over five years experienced and come highly rated. Or use our sister site to find UK-wide registered therapists and online counselling.

Still have a question about women and mental health? Or want to share your experience or tips with other readers? Use the comment box below. 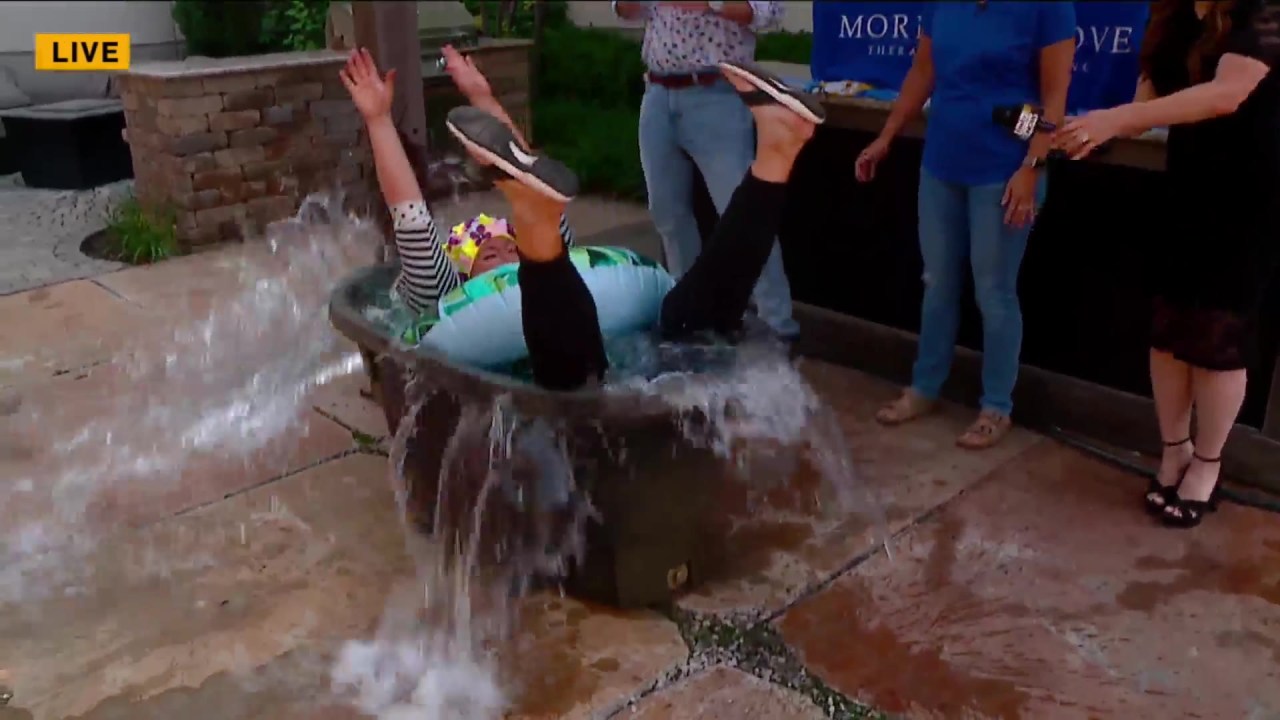 INDIANAPOLIS — Allyson Gutwein of the Zionsville Chamber of Commerce proved on Tuesday the lengths she would go to support local groups. Gutwein took a dunk in horse trough to preview an upcoming fundraiser for Morning Dove Therapeutic Riding, a Zionsville equine therapy nonprofit. The official Horse Trough Challenge wraps up this week, but there’s… 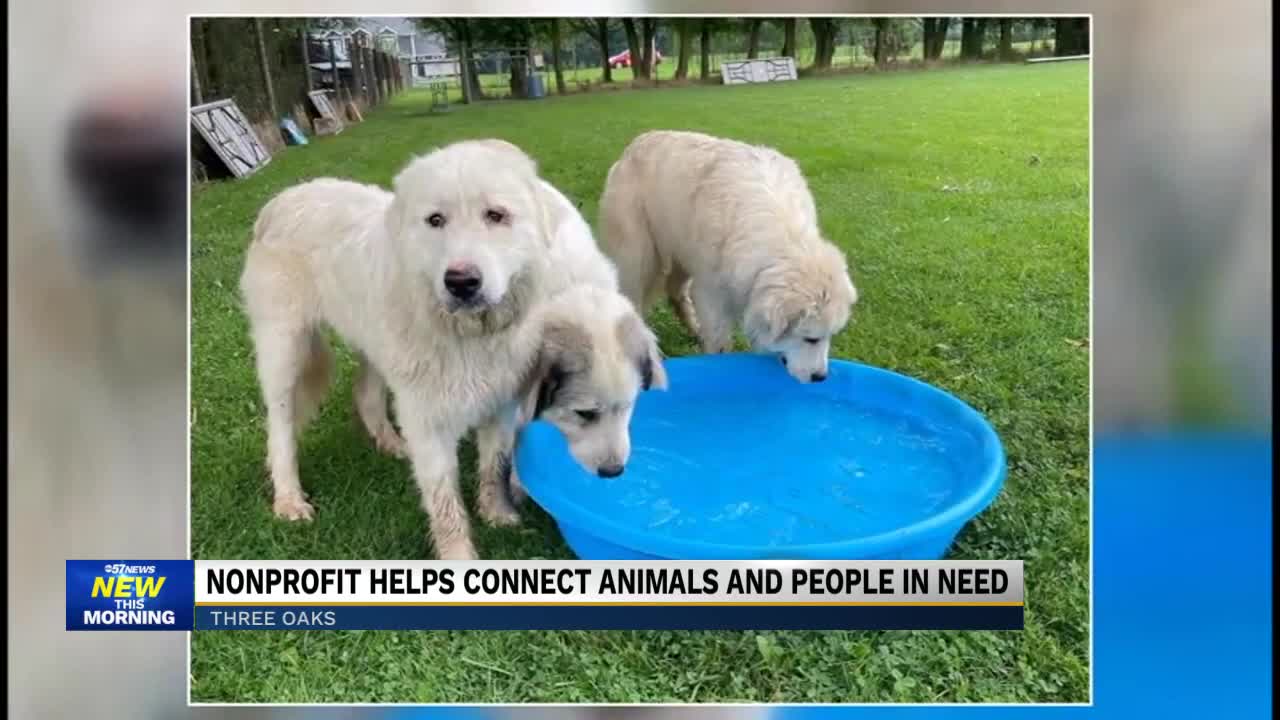 THREE OAKS, Mich. — Paws for Humanity is a non-profit organization out of Harbor Country in Three Oaks Michigan and provides a different kind of therapy for those in need. Whether you’ve just had a bad day, or maybe you’re dealing with mental or physical health issues requiring some sort of therapy, Paws for Humanity…

Hello, everyone, and how are you today? We are doing just fine, thank you, courtesy of clear blue skies and cool breezes circling about the relatively quiet Pharmalot campus. We are busy, though, firing up the coffee kettle, since a cup or three of stimulation is in order. Our choice today is maple bourbon. And… Tuesday morning was the grand opening of Matica Biotechnology, Inc., a manufacturing facility serving the biopharmaceutical industry. Matica Bio specializes in the clinical and commercial production of cell and gene therapies. Dr. Yun Jeong Song, CEO, says it is an exciting time for the industry. “We are witnessing the innovations and it’s truly transformative when…