Wynn Resorts is moving to dismiss a lawsuit filed by a massage therapist who alleges multiple instances of sexual misconduct and assault. [Image: Shutterstock.com]

A case of sexual misconduct

Attorneys representing Wynn Resorts Ltd. are looking to dismiss a lawsuit filed by a Wynn Resorts massage therapist earlier this month. A hearing has been scheduled for October.

Steve Wynn demanded she serve as an “on-call sexual servant.”

Wynn’s response to the accusations used sharp verbiage to dismiss Schrader’s complaints. Wynn’s legal team cited a lack of new evidence as to why the case had no standing.

“Plaintiff’s complaint reasserts a meritless Nevada (Racketeer Influenced and Corrupt Organizations) claim that was already rejected by the U.S. District for the District of Nevada,” according to the 22-page motion. “Rather than seek to amend her complaint or appeal that dismissal, plaintiff refiled … in this court and then apparently sought out the press to garner attention for her latest filing, as if it contained new claims or recent allegations. It does not.”

Wynn Resorts later released a statement about the ongoing legal battle. In the statement, the company acknowledged Schrader’s complaints, but stated that it had already been investigated and did not bring anything new to the table.

the lawsuit largely mirrors allegations and claims Ms. Schrader made in a prior lawsuit”

“Given the current status of that prior lawsuit, and the false and outdated allegations contained in the new lawsuit, the company elected to respond immediately by seeking dismissal,” the statement continues. “Wynn Resorts will defend itself in this and any action that attempts to cast the company today with a light of the past.”

Schrader’s lawsuit stems from allegations against Steve Wynn, the company founder, which forced him to resign.

After an investigation, the Nevada Gambling Commission fined Wynn Resorts a record $20m for the inappropriate behavior. The Massachusetts Gaming Commission, which was overseeing the development of a Wynn casino, also levied fines against the company.

However, the plaintiff’s new case provided more details on the events in which Wynn allegedly forced her to take part. For example, she alleges that Wynn “trafficked” her to a VIP guest who sexually assaulted her multiple times from 2016 to 2018. Steve Wynn maintains that he never sexually assaulted Schrader or anybody else.

The lawsuit also accuses Wynn Resorts of covering up multiple instances of sexual assault of female employees over the past 30 years. The company claims that, since Steve Wynn’s departure, it “has made tremendous strides in reforming the organization through a reconstituted board of directors, refreshed executive team, new human resources policies and training and a world-class corporate governance program.”

Among other changes, the company added seven new board members and replaced five legacy members, created an independent compliance committee, and created new guidelines for handling and punishing sexual misconduct against employees and customers. 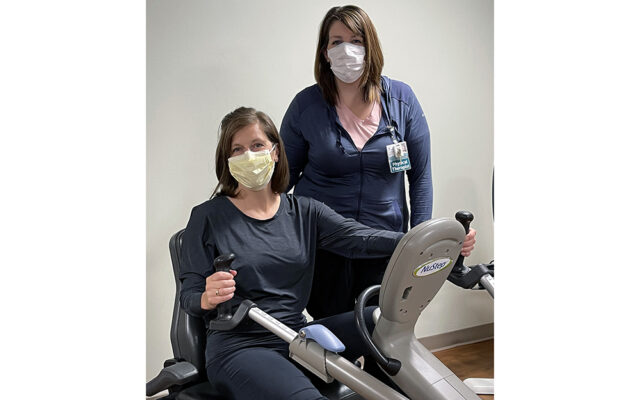 Being diagnosed with COVID-19 can mean so many different things. Some may have major health issues leading to hospitalization or even death, while others may have no symptoms at all. What can be just as hard to predict, and devastating for those going through it, is the diagnosis of Long COVID weeks after a person’s…

207 – The Wounded Healer Counsellor First Counselling Session – Counselling Paperwork In Episode 207 of the Counselling Tutor Podcast, Rory Lees-Oakes and Ken Kelly return with your favourite three sections: This week’s ‘Counselling Foundations’ looks at the first counselling sessions – both your first session as a counsellor and the first session with each…